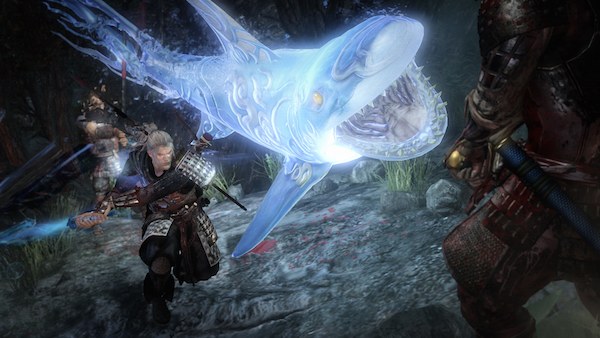 The prospect of a game in the same vein as Dark Souls set in feudal Japan is something fans of the series have been clamoring for from the beginning. Nioh appears to be the answer the folks over at Koei Tecmo have prepared to answer for the these pleadings. Obviously, as this game is not being made by From Software, it is not specifically a Dark Souls game, but the influences are there even though Team Ninja makes an effort to give the game a personality all for itself.

Starting up the demo for Nioh, it was hard to not immediately start listing off the comparisons to the Dark Souls series in my head. You have two bars, one for health and another for your Ki, or your stamina if we're being honest. As you kill enemies, they give you the ability to upgrade individual traits that allow you to customize your character to your liking. When you fall in battle you lose your amrita, or souls to make a comparison, unless you travel back to where you died to recover them. I could go on and list a few more, but I think you probably get it at this point: Nioh has some things in common with the Dark Souls series. 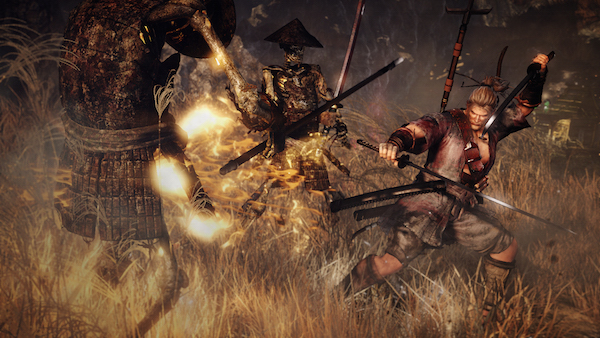 All that being said, the game features a number of interesting changes to the formula that help to differentiate it from its inspiration. Combat, right off the bat, feels quite different in a few ways. Stances are a big part of the Nioh combat and can affect how you play just as much how you level up. There are three stances: Middle, Upper and Lower. Middle appears to be your balanced all-around combat stance and feels the most normal. Upper and lower shake it up by being slower with higher damage and faster with lower damage respectively. If you're particularly skilled, you can even switch it up in the middle of a combo to maximize damage.

There is also a skill tree in Nioh that helps to customize your combat style even further. Each time you level up, you can choose another link on the tree which will unlock or upgrade a combo pertaining to a particular stance. I tried maining the upper stance by putting all of my points into that branch during my playtime, but that ended up not working out for reasons I'll get to in a moment. There are also little spirit buddies called guardian spirits. These are represented by animals that will be guarding your lost amrita and can even assist you in battle. 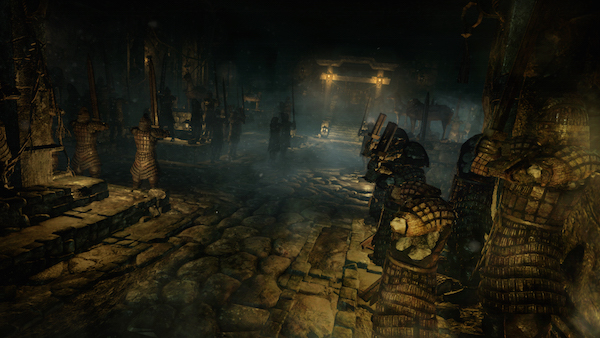 Difficulty is a hallmark of games like this and after some time with others, I have gotten fairly decent at them. I will be the first to tell you that I am currently awful at Nioh. Maybe it was the mission I chose, which involved getting through set groups of enemies before being allowed to move on, but I'm more inclined to just say that this game is hard. After some practice, I managed to get past a particularly difficult section I got stuck on for way too long, but it ended up eating up more time than I had intended. In truth, I'm taking this as a good sign, since I was still enjoying myself enough that I wanted to keep trying, even though I was continuously getting trounced.

In the end, it's easy to just say that Nioh is copying Dark Souls, but it really does seem different enough to carve out its own place in the market. While I had my own struggles with learning the game in that short amount of time, I actually missed the alpha, I am confident that with a proper amount of time, even I could be good at Nioh. If you're excited to play the game as well, there will be a beta for the game in August. The full game will be coming to the PS4 this October, so make sure to check it out then. 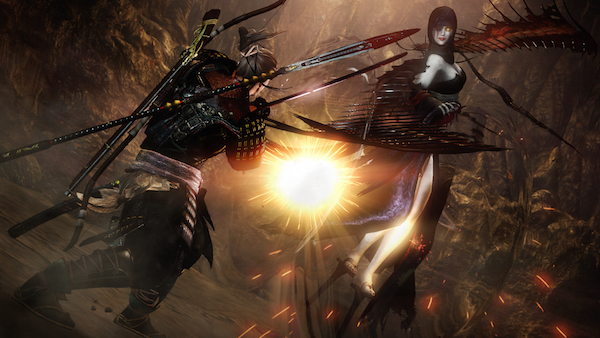