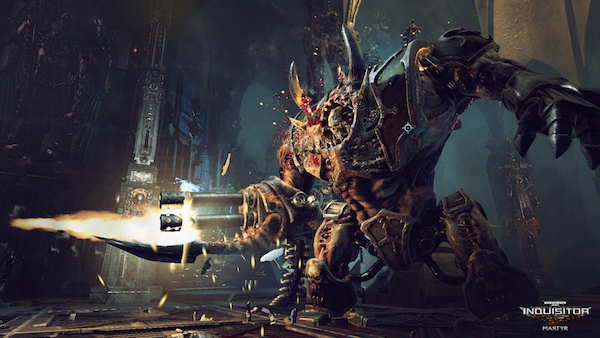 Entering fresh into a well-established franchise can be a pretty intimidating prospect. Warhammer 40,000 has a storied history in numerous media types including tabletop, video games and even a movie. Thus, coming in blind would be kind of like going to see Captain America: Civil War without seeing any of the previous movies. It's certainly entertaining, but a little hard to follow in terms of character motivations and the established universe. Still, as I have found in the past, sometimes diving into this proverbial deep end is the perfect way to shoulder your way into something new and find the perfect jumping off point to becoming a fan. This is the approach I took in checking out Warhammer 40,000: Inquisitor - Martyr at E3 this year and from what I saw, it looks to be the perfect on-ramp for me to get into the series.

Badass secret agents in space was all I needed to hear to be sold on the idea of playing as the Inquisitors from Warhammer 40,000: Inquisitor - Martyr. Set on rooting out the chaos and heresy of the galaxy, the Inquisitors can come from all walks of life before joining up, so for this game they've added different classes. The fleet-footed Assassin and heavy-duty Crusader were on display during the demo I saw and they appeared to play fairly differently. Each one has their own set of passive and active skills to use, so there will be plenty of options. 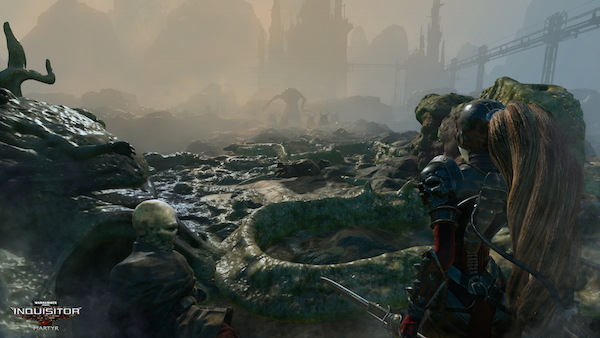 The series has spanned a few different genres, but Martyr marks the first Action RPG title set in the Warhammer 40K universe. The game features an expansive star map filled with missions for you to partake. Your character even has their own Inquisitorial fortress that can be customized. Other players then have the ability to invade a fellow Inquisitor's fortress for a chance to grab some precious loot, but there will not be any direct confrontations between Inquisitors.

The game will feature a single player campaign that will take your Inquisitor across the Caligari Sector in the star map. Complete with a full narrative and cutscenes across several missions, it appears as though you could have many hours of fun with just this campaign. In addition, there will be live events featuring the various factions in the game battling it out to complete various objectives. They also mentioned that they want to use player input to decide how the stories in these live events play out. 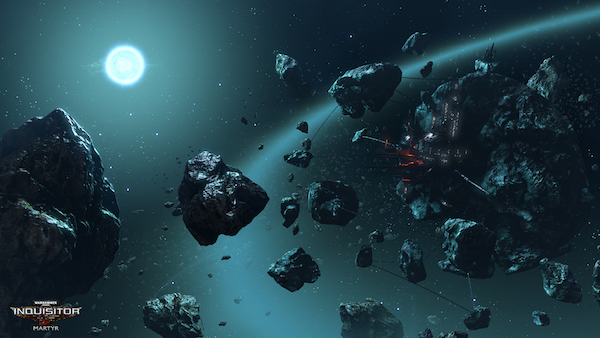 Combat in the game looked a bit like a combination of Diablo and World of Warcraft. You have a bar along the bottom of the screen to access your abilities and you travel through the world with a sort of isometric view taking down as many enemies as you can. Bosses. in some cases, have particular body parts that can be targeted and destroyed during battle. This means that if one of them has an ability tied to that body part, it is then disabled after being destroy which adds a nice layer of strategy to those fights. There will also be some destructible elements in the environments which can play into your strategy when fighting some enemies.

Most of the Warhammer 40K games at this point have been in the real-time-strategy genre. While I appreciate RTS games, I'm usually terrible at them, so I'm excited to see the series branching out a bit more. Warhammer 40,000: Inquisitor - Martyr is coming in 2017 to PC first, then PS4 and Xbox One sometime afterwards. 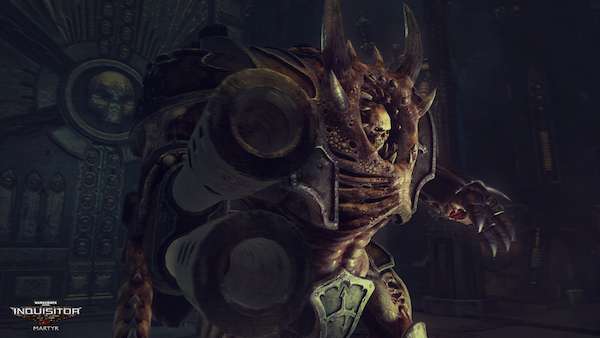