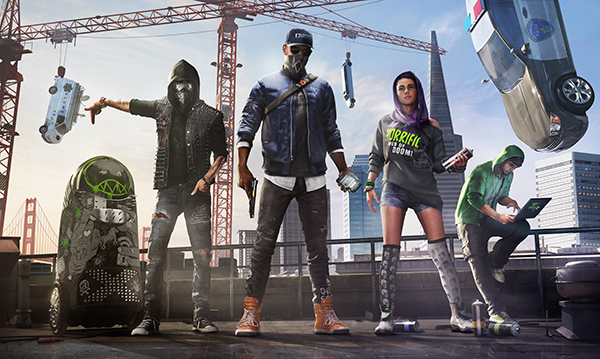 The concept of the Watch Dogs series seemed pretty interesting so I was happy to hear that Ubisoft was trying again and announced that they would be releasing Watch Dogs 2.

I didn’t know too much about the game going into the demo except that it takes place in San Francisco and has a new protagonist, Marcus Holloway. 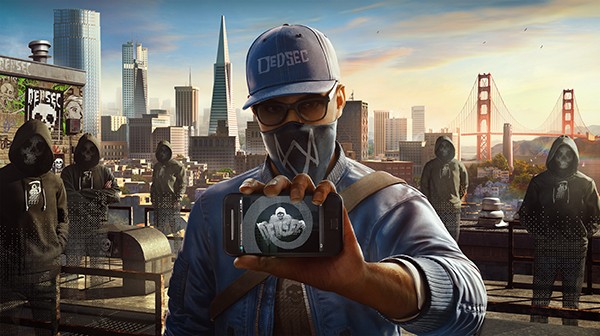 A lot of care was put into the details of capturing the city of San Francisco. The game will take players throughout the city of San Francisco including downtown, Civic, Coast, Oakland, Marin, and Silicon Valley. You can travel through the city and other areas on foot, by vehicle - cars, trucks, bikes, boats - as well as fast travel. Pretty much everything in the game is hackable. Hacking allows Marcus to drum up distractions, send fake profiles to the police, spark gang wars, or simply gain access to secrets that people are hiding somewhere in their data. Hacking will also create more unique gameplay experiences throughout the game. 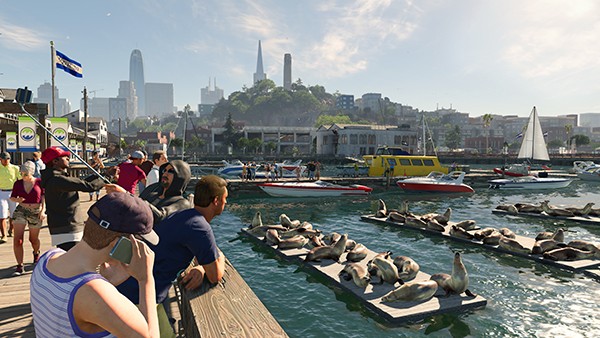 Marcus has several useful tools at his disposal. His cell phone serves as the in-game menu where you can purchase Apps in the App Shop, contact friends, and hack things. You can deploy a quadcopter drone (air) or and RC Jumper (land) to assist in surveillance, mark enemies, explore layouts, and hack things from afar. These tools can help aid you in your missions and be used in many different ways to suite your gameplay style. Marcus has a special weapon called the Thunderball. It’s basically a billiard ball attached to parachord that can knock someone out in a single blow. It’s also rather inconspicuous which will come in handy in certain situations. Marcus can also 3D print weapons in the game. The game uses “followers” as its level up XP system. The more followers Dedsec gains, the more operations and hacking abilities will unlock. 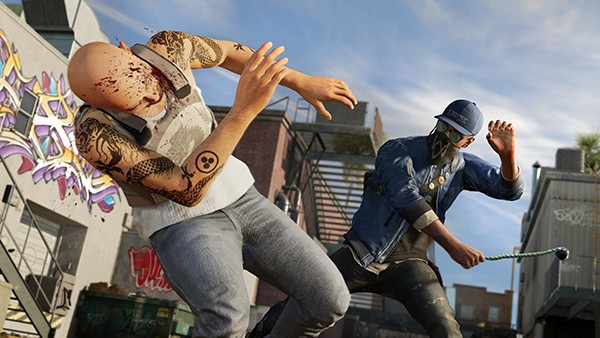 My demo was led by Falko Poiker, the Level Design Director of Watch Dogs 2. Since I had not played the previous game, he gave me a little background on the game and some of the controls. We started at Coit Tower and we jumped in to some action. When they said that everything is hackable, they weren’t kidding. There are these “lightning bolt squiggly lines” that connect Marcus to everything that is hackable and no matter what direction you are facing, you are almost certainly able to hack something or someone. Hacking cars is fun because you can start their engines as well as drive them remotely. This will come in handy in a firefight if you need some quick cover or if you want to expose your enemies by literally moving their cover out of the way. You may also take any car and drive around the city GTA-style. The driving engine was given a complete overhaul to give the players a better driving experience. Since I did not play the original game, I cannot compare them. But I found the driving to be quite smooth and I can see players spending time just driving up the coast or through the city, if only to appreciate the work that was put into making the city and its surrounding areas.

We started our first mission by getting information from someone’s phone and used our quadcopter drone to hack into an a relay in Coit Tower. The game uses a Hacknet View that highlights hackable objects, enemies, and mission objectives. Using that, I was able to see that I needed to get to a warehouse by the pier. I hopped into a car and took it for a drive to my destination. Falko took me on a short detour to show me more of the city of San Francisco as well as show me some of the shopping in the city. I stopped at a place in the Pier 39 and bought some clothes with the generous $1000000 I had at my disposal. Once I was all decked out, I hopped back into my car and headed to the warehouse. The clothes are just for aesthetics and is a way to customize your character. They do not aid or hinder you in any way so feel free to buy those bright orange pants like I did and rock your personal style a little. 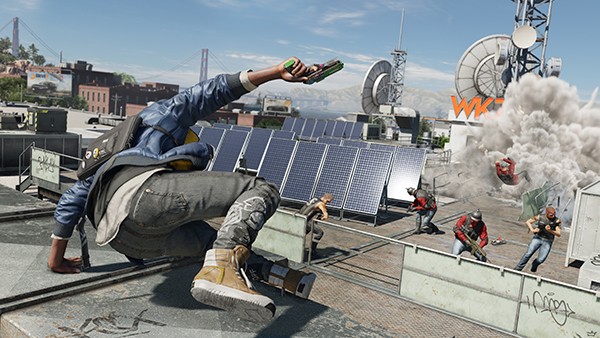 Once I got to the warehouse, I deployed my drone and surveilled the area - marking enemies, locked doors, and getting a general overview of the layout. If you played The Division, the controls for combat are pretty much the same and Watch Dogs 2 also uses a cover system for stealth and for combat. Falko took a moment to warn me that there are dogs in the game - dogs that will attack me and that are killable or subduable. Fortunately, I had a stupid tourist in my way and the dog went straight for his throat so I was able to deal with the human enemies. I took them out and get the intel I needed.

At this point, another dev joined my game. The integration was seamless. We exchanged a few emoji dances and we fast traveled to Oakland to finish out the mission. Again, using the drone to mark enemies and hack distractions, we infiltrated the area and got what we needed from the guy we were after. Unfortunately, the cops were called and they broke up our little firefight. We needed to flee the area, so we hopped into one of the unattended cops cars and went for a joyride - sirens and all. 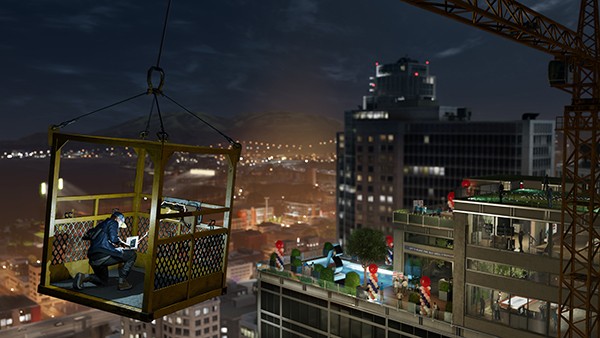 Overall, the demo was a lot of fun. It was like playing GTA V with hacking - which makes it so much more appealing to me (sorry, GTA fans, I just never got into the GTA franchise). I love the in/out multiplayer action. You can play a good chunk of the game in two player co-op, however there are some missions that can only be done solo. You will also be presented with online hacking opportunities that will allow you to manipulate the environment which feed into the PvP experience. In PvP, you will meet other players who are acting as rival hackers and are competing against you. These activities are totally optional. 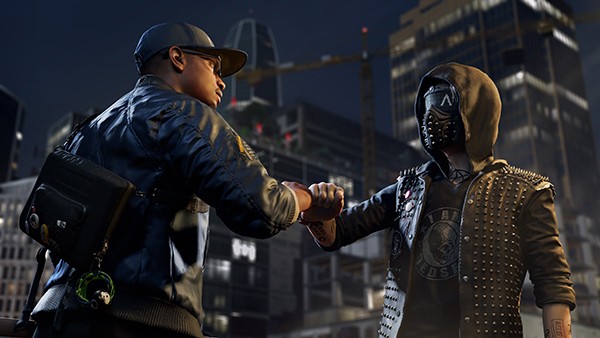 I’m looking forward to seeing more announcements about Watch Dogs 2 and I’m pretty excited to check out the game when it comes out.