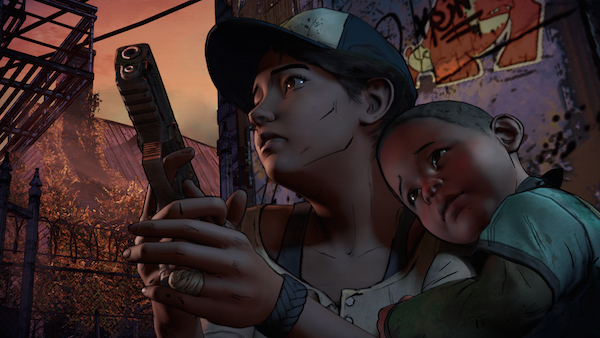 It's been a hot second since the last time we checked in on Javi and the gang in season 3 of Telltale's The Walking Dead series. The second episode left us with quite a cliff hanger having found Javi's brother, David, as one of the leaders of the New Frontier group. This third episode picks this thread back up and spends a large portion testing where your loyalties lay and tasking you with making yet some more difficult decisions. While episode 3, Above the Law, seems a bit more business as usual, there are still some intense moments that make it a decent episode of the current season.

In general, I like to avoid spoilers in these reviews where I can, so I'm going to be fairly vague here. Zombie media, well the good kind at any rate, is often much more about the human drama surrounding the apocalypse. This episode focuses pretty heavily on this aspect, to the point where I started wondering, fairly far into the episode, whether I would be taking down any walkers at all. They manage to sneak in some undead killing and a few other action scenes, but I was much more interested in the character development that happened this time around.

We've been hearing nothing but negative things surrounding the New Frontier group up to this point, with a major revelation in the previous episode being that Clem used to be a member. There are two sides to every story, so it's interesting to get to explore the New Frontier settlement and hear their take on things. Still, happy settlements are rarely what they seem, so there's a good amount of intrigued to be explored as well. 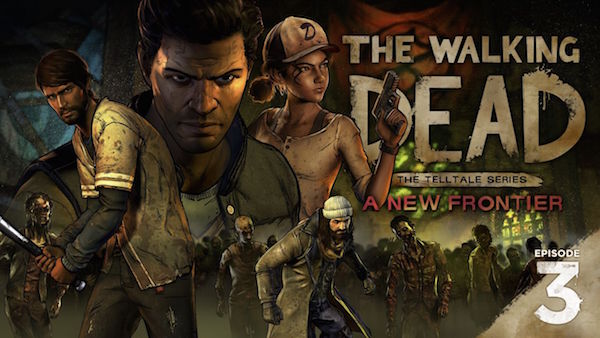 Mostly, this episode forces you into the hard decision of whether or not to trust David. The game has done a fantastic job thus far of giving you reasons to not trust him and this episode brings up the topic quite a bit. I made my own choices throughout the episode, which lead to some interesting and exciting results, so whatever choice you decide during your play through should lead to a fun episode.

Probably my favorite part to this season are the Clem flash backs. There is one per episode and this one deals with the nature of her departure from the New Frontier. While some nagging questions are definitely answered during the sequence, there are still plenty more mysteries to address about what we've missed during Clem's time by herself. It felt like the game thought it was asking me to make some difficult choices in this flashback, but they felt like no-brainers this time around.

In most of the other seasons, episode 3 is kind of the huge turning point of the season and a lot of big stuff goes down. This definitely felt a bit more like a second episode and we're still building towards a much bigger conflict in the story. While not a break-neck action episode, the focus on relationships and the exploration of the New Frontier settlement makes this a tense and interesting episode in its own right. The Walking Dead Season 3 - Episode 3: Above the Law is available now for PC, PS4, Xbox One, iOS and Android.

Are these the last days for cospla...