If you thought there were some universes where zombies would never invade, you were red-dead-wrong. I'm still waiting for a gritty Power Rangers reboot saga where the old rangers are revived and zombified, but I'm a dreamer. Rockstar has announced 4 new DLC packages for Red Dead Redemption, some look great, and others just aren't worth the price. 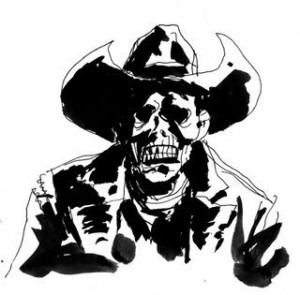 Delve deeper into the world of Red Dead Redemption with new Modes, Challenges and Gang Hideouts to discover:

My only gripe here is the pricing. The first package, scheduled for August, seems to be adding the most to the multiplayer competitive experience. It is essentially a map pack with characters from the game that inspired Red Dead Redemption. Ten dollars there seems like no biggie, and I understand that pricing; even though I myself prefer to play in free roam over the competitive matches. However, the very next DLC on the list seems like a big list of what should have been in the game right from the start.

I remember the first time I signed into the multiplayer after having completed the game. A friend of mine was already around level 30, and hadn't seen a single character from the main game as an unlockable. Sure enough, we looked up the "legendary" characters, most of which are extremely disappointing, and there wasn't a single main character from the single player. I wasn't greatly upset, but it certainly was confusing. The rest of the list isn't any better: horse races should have been one of the first things implemented, especially since many, many gamers' first thought was that this would be GTA: 1911; not including multiplayer versions of the gambling mini-games wasn't vexing, but it also isn't worth paying for; and I certainly am not going to shell out cash for a new play list.

Just about the only thing in the package that I could see with a price is the deliciously awesome sounding explosive rifle. Though even that has its drawbacks, as so far everything has been very -in the time period- an exploding rifle doesn't seem to fit. The third on the list doesn't have a price point yet, and I only hope that is because it will be free. To be honest, that Free Roam Pack looks like the notes you receive after a big patch, NOT after a purchased DLC package.

The final DLC harkens my thoughts back to CoD:WaW. While a gimmick in every way, zombie modes are more fun than they really should be. This DLC is the only other one besides Legends and Killers that I could see myself paying for, because I just love putting rotting flesh back into the dirt. From the wording, it seems like "zombie mode" will only be in single player, though considering there will be zombie multiplayer skins, I am hoping that it will see some free roam play in the form of a "gang hideout". Except the gang will be hordes of zombies. One little note in that one catches my attention as well, and that is the mention of new animals. Now, I assume right away that it means "zombie skins for existing animals that we are calling new animals". However I have hope that Rockstar may add in new boss animals, like the ones faced in the hunter challenges.

So from the look of it, Rockstar may be suffering from "it's-on-the-disk-but-pay-for-it-anyway syndrome". It is a disease that is affecting the industry in the worst way possible. I just hope that a cure is found soon, otherwise our bank accounts may develop super anti-bodies to fight off the infection.

E3: Good Can Come of Rage