Thank god it's not Star Wars

It's a big week for a lot of people. The new Star Wars film is out and, as with the last five of them, there's a whole lot of hype going on.

As I've done for the past 35 years when a new film was about to come out, I have been purposely avoiding the trailers. It hasn't been easy. Scenes from this year's trailers have been showing up on news and comedy shows, so I have seen that bit with Han Solo and Chewbacca. But that's it.

I very clearly remember 38 years ago when the first Star Wars film, the one we now call Episode IV: A New Hope, came out. I was 21 years old and going to college, but I ducked out of classes and stood out in front of the old Southroads Theater in Tulsa. As it so happened, that was also the first day I ever saw an Apple II computer in person.

I had heard about Star Wars in a couple of newspaper stories and briefly leafed through the novelization of the film, which was being sold at the B. Dalton Bookseller store in the mall next to the theater. The only memorable thing was the odd names for characters: C3PO, R2D2 and Chewbacca.

I wasn't the only person who had heard about the movie. It was more than an hour before the doors opened and there were already 50 people in front of the place. That was quite a showing for something that had gotten such little comparative hype. Two of my friends, Mark Sontag and Troy Bowline, even showed up unexpectedly.

The theater itself was part of the old General Cinema chain. But it had the biggest auditorium in Tulsa, having about 2,500 seats. Those were the days before multiplexes got popular. It was the only theater in town where Star Wars was showing.

They let us in about 30 minutes before the movie would be starting. Along with the regular concessions, I noticed a rack of Star Wars comic books that would be on sale. I also noticed that nobody was buying one. 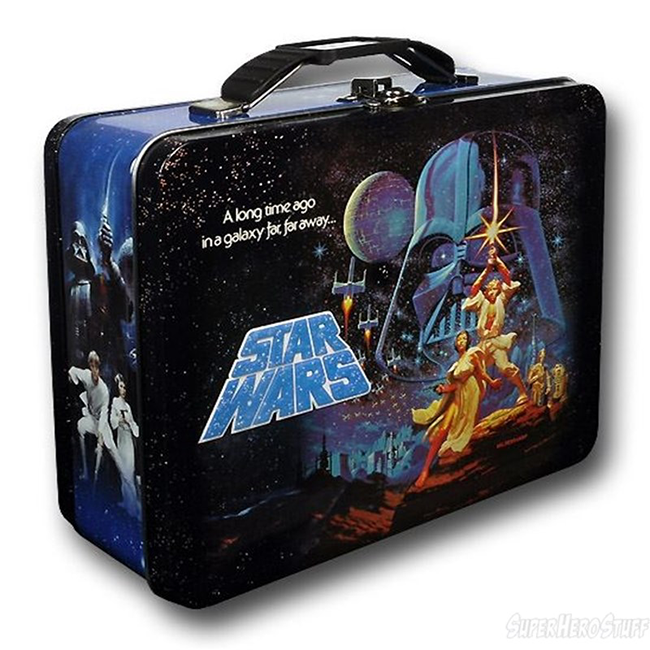 They filled the entire auditorium for that noon first showing, which must have been some kind of record. For me, the movie was a wonderment. I had seen plenty of special effects movies in first run: Planet of the Apes and 2001 when I was younger. The year before, Logan's Run, which I greatly enjoyed, had won the Oscar for special effects.

I was completely captivated, so much so that, even though I was supposed to go to work after the movie, I called and told them I would be late. I was going to stay and see the second showing of Star Wars as well.

Since then, I have seen each Star Wars film on the first day. Even the Three Duds, which is how I term the prequel trilogy. This year, I will see Episode VII on Day Two, but I will work to keep it as unknown as possible before I see it.

If you weren't there in 1977, it's hard to explain just how big Star Wars was at the time. Nowadays, people talk about Star Wars only in terms of how many millions of dollars it will make in the first weekend. In 1977, nobody talked about money. They talked about spectacle.

Late in the summer of 1977, I went to a science fiction convention in Tulsa at the Mayo Hotel.

The convention had been a relatively small affair in past years, concentrating mainly on Star Trek. But just three months after the movie came out, it blew up because of Star Wars. I attended the thing, but didn't have any Star Wars paraphenalia on me. Instead, I was wearing a T-shirt with a B. Kliban drawing of a cat singing the blues.

A young woman working at a booth at the show, obviously weary of all the overt geekery, looked at my shirt and exclaimed, "Thank god it's not Star Wars." 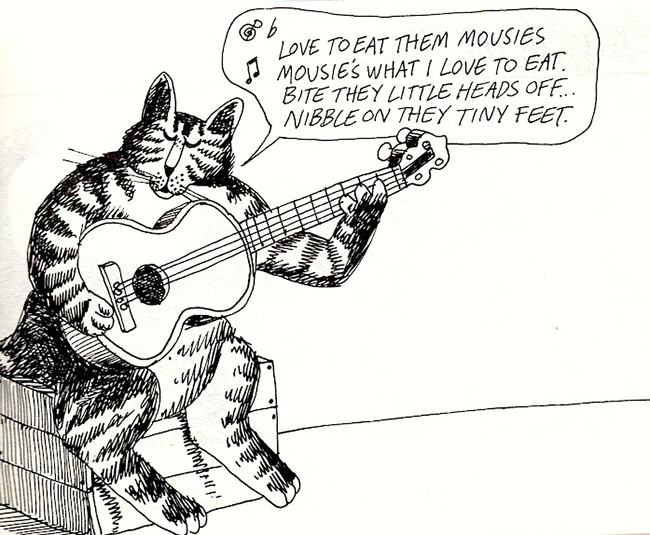