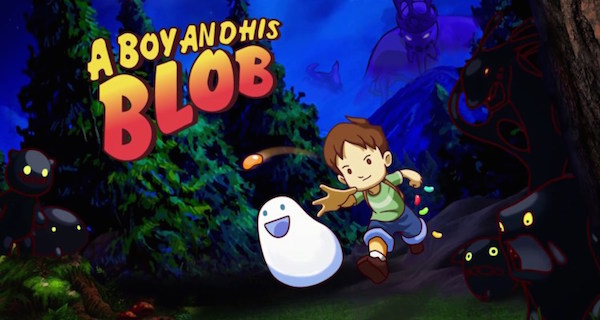 Puzzle-platforming games tend to go one of two ways with their mechanics: Quantity or quality. A Boy and His Blob certainly meets the conditions for quantity, but ended up leaving me wanting more in the realm of quality. With that in mind, are the adorable visuals and shockingly haunting soundtrack enough to carry the game all the way to the end? Grab your bag of jelly beans and come with me on a ride down nostalgia lane as I review A Boy and His Blob for the PC.

Everyone has that one game people were always recommending, but you never quite get around to playing. This version of A Boy and His Blob, originally debuting on the Wii, was not that game for me. The NES title A Boy and His Blob: Trouble on Blobonia was the game everyone had always mentioned to me growing up. Both games feature a young boy meeting an alien blob that can transform into useful objects when you feed it jellybeans. The boy then helps the blob to free his home world of Blobonia from the clutches of an evil emperor. 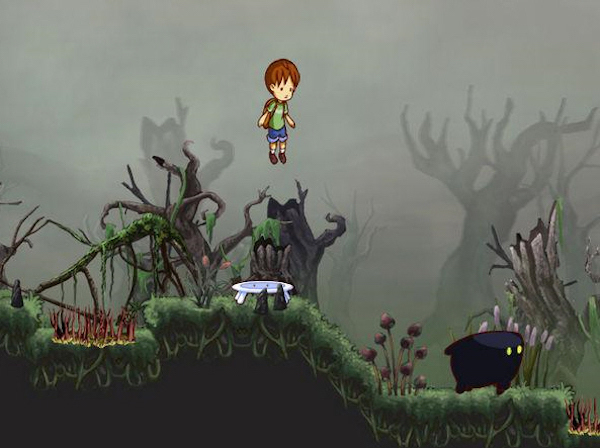 A Boy and His Blob starts out very slow. The boy can't jump very high, making it fairly frustrating to get over some enemies, and the opening jellybean-granted powers are simple ones like a ladder or an anvil. Once it gets going, and some of the better powers come into the mix, there is a fairly decent flow to the game. As you are granted a new jellybean, the game generally has at least one level that does a decent job of showing off some of the ways it can be used. In this way, A Boy and His Blob is a decent teacher by giving you a few ideas early on and then letting you grow into some of the more advanced uses of those powers on your own.

The best part of any puzzle game is that "aha moment" when you suddenly understand the solution. Too often when playing this game were those moments bogged down by me realizing what needed to be done and then having to attempt it eight times because the platforming execution is difficult. I'm certainly not knocking the game for including some platforming challenges, but when the lead up involves five minutes of puzzle setup that has to be redone every time, it can be a little frustrating. 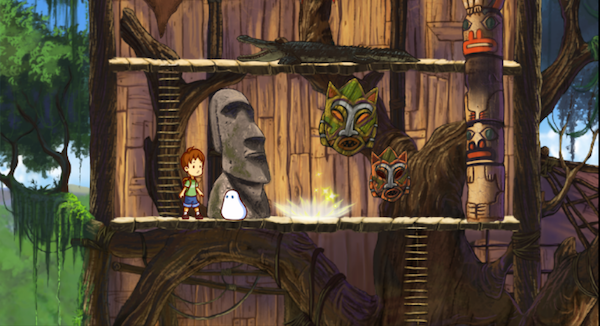 The sound and visual design of A Boy and His Blob is top-notch. The environments are colorful and varied, with four separate worlds for our adventuring duo to explore. Both the boy and blob are thoughtfully animated, and if your heart doesn't melt every time your perform the "hug blob" action, then you must be some form of robot. The music is atmospheric in a way that I wasn't expecting, with many tunes literally stopping me in my tracks just to listen for a bit. The haunting nature of some of the songs almost felt like something Danny Elfman might have done for a Tim Burton film. Having been upscaled from the Wii, the visuals did end up looking a little blurry when in fullscreen mode, but the style ended up making up for it.

The blob might be the most frustrated I've been at an AI that's supposed to be following me ever. It hops along after you and can hop quite high when it needs to do so. This more often leads to it getting hung up on an area that was clearly meant to be walked through. Thankfully, if you spam the button to call the blob, he will eventually turn into a balloon and fly right to you. There is a jellybean that does the same thing, but it certainly speaks to how bad that blob is at following you when I had to spam that button several times in nearly every stage. 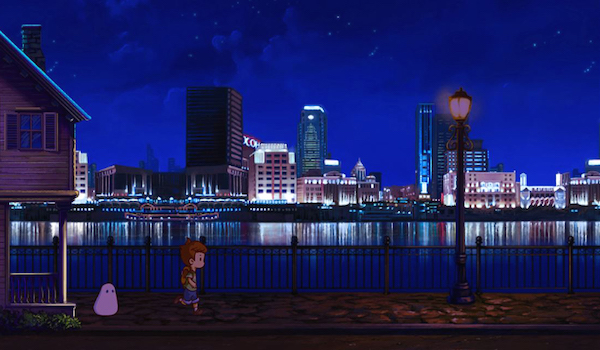 Towards the end of any puzzle-platformer, you reach the section that should essentially be the final exam for all of the mechanics you've learned. When the last world in A Boy and His Blob does this well, it feels pretty great. Some of the puzzles are actually fairly head-scratching and force you to think about the mechanics you've learned throughout the game in new ways. A few others fall into that same trap of being annoying to redo, but containing tricky platforming sections. All told, the game does a decent job of ramping up the puzzle difficulty, but has some missteps in terms of execution.

I came away from A Boy and His Blob appreciating the puzzles and loathing the platforming. Having never played the original NES game, I was not able to come into this game with nostalgia, but it managed to charm me with it's haunting music and cute visual style. I would certainly recommend anyone try this game, but finishing it is not a requirement I would place on them. I enjoyed A Boy and His Blob best in short bursts and that is how I would say it plays the best. You can get A Boy and His Blob today on PC, PS4, Xbox One and PS Vita.

Some shows would make good comic b...