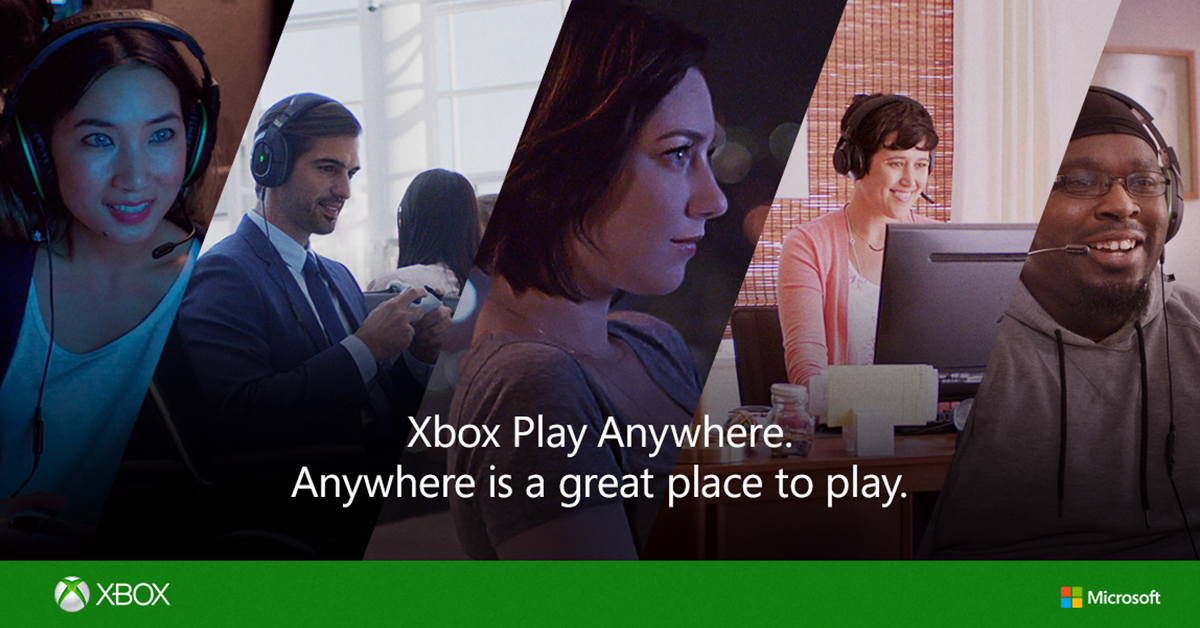 Clans. Looking For Game (LFG). Groups. Whether you play on a console or on your PC, the community aspect of playing video games can be a big part your user experience. For many players on Xbox Live it's been an aspect that's been lacking since the Xbox One's original release. Let's take a few of the features announced and what they may mean for you, dear player.

Accessibility seems to be top of mind for the Xbox team right now. When it comes to connecting gamers through Xbox Live, the standouts for me are Cross-Play and Looking for Group.

Through Cross-Play on Xbox Live, console and Windows 10 gamers will be able to play a select number of multiplayer games versus each other. Upcoming releases, including Gears of War 4, Scalebound and Sea of Thieves, will launch with Cross-Play functionality, and it remains to be seen which developers will jump on the bandwagon and connect Windows 10 gamers to console players and vice-versa as we go into the holiday season. While I personally am not a heavy Windows 10 user, the idea of having a larger pool of players to come across while jumping in Gears is mighty, mighty tantalizing.

Looking for Group on Xbox Live 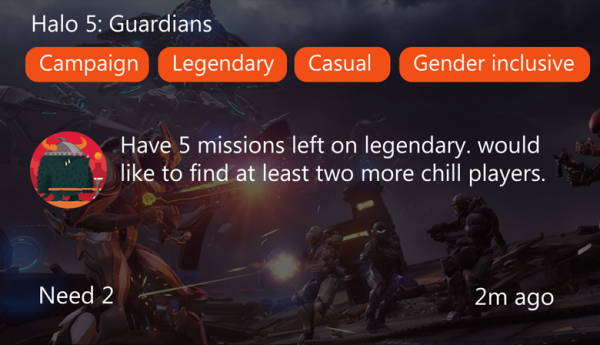 When I was heavy into playing Destiny, I spent a lot of time coordinating team play time with my clan. (I was always looking for a good Titan with a fully-leveled Gjallarhorn for raids and Prison of Elders runs.) This led me to websites and groups on Facebook where I would party-up with random people playing the game willing to run a mission with me. But most would be on their way once the boss was defeated. I didn't really "meet" new players that loved the game like I did. This made things feel very transactional. The Xbox team looks to skirt this empty experience for players by building LFG natively into Live. It reminds me of the old Beacon system from the Xbox 360 days.

I'm interested in seeing how the additions of Cross-Play and Looking for Game will help players find and engage with more like-minded gamers.