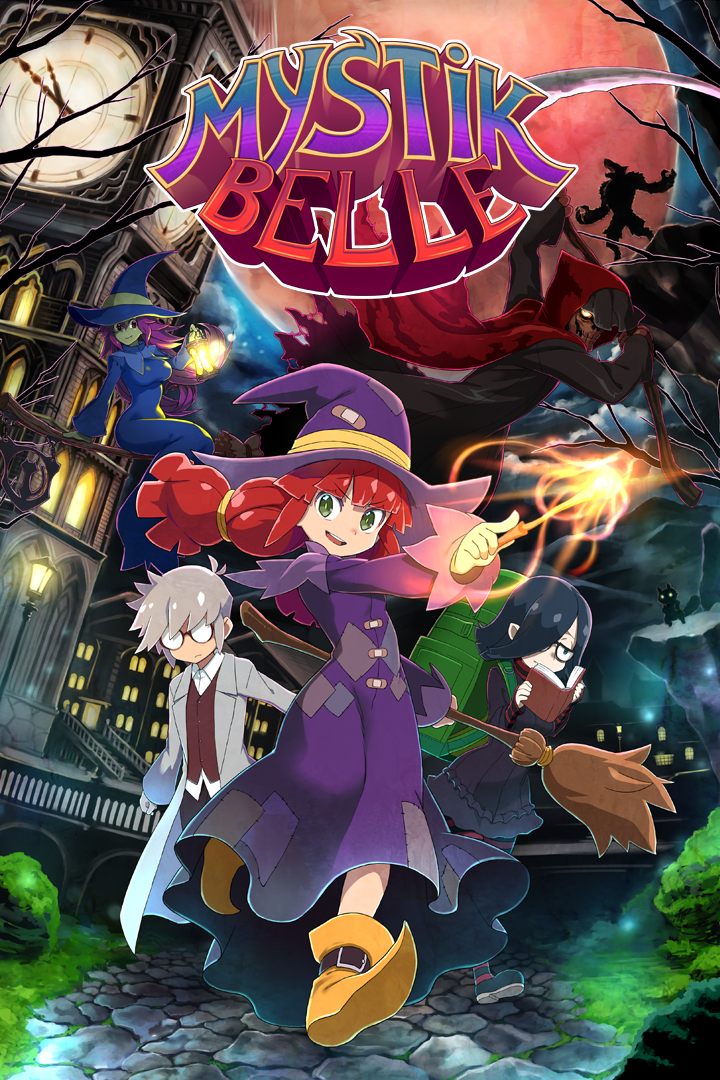 It's easy to see why WayForward latched onto Last Dimension's Mystik Belle. Released on Steam two years ago, the titular character shares a lot of common ground with that of WayForward's own Shantae. Both are powerful characters, are unsure of their predicaments, but never give up the slightest bit of hope even as the danger reaches a critical point. So it seems like a natural fit that WayForward would extend their hand and assist Last Dimension with porting Mystik Belle to the PS4 and Xbox One. How fortunate that the game plays magnificently on the console as it did on the PC.

Mystik Belle follows Belle MacFae, a freshman student of Hagmore School of Witchcraft who is attempting to right a wrong. Someone has ruined the Walpurgisnacht Brew, which must be used to keep an ancient evil at bay. For some reason the teachers believe Belle did it, but despite her pleading innocent they force her to grab the three ingredients needed to craft it once again. As Belle you will be tasked to search for these ingredients, take out numerous enemies, and aid fellow students and faculty with some of their more dangerously mundane problems. 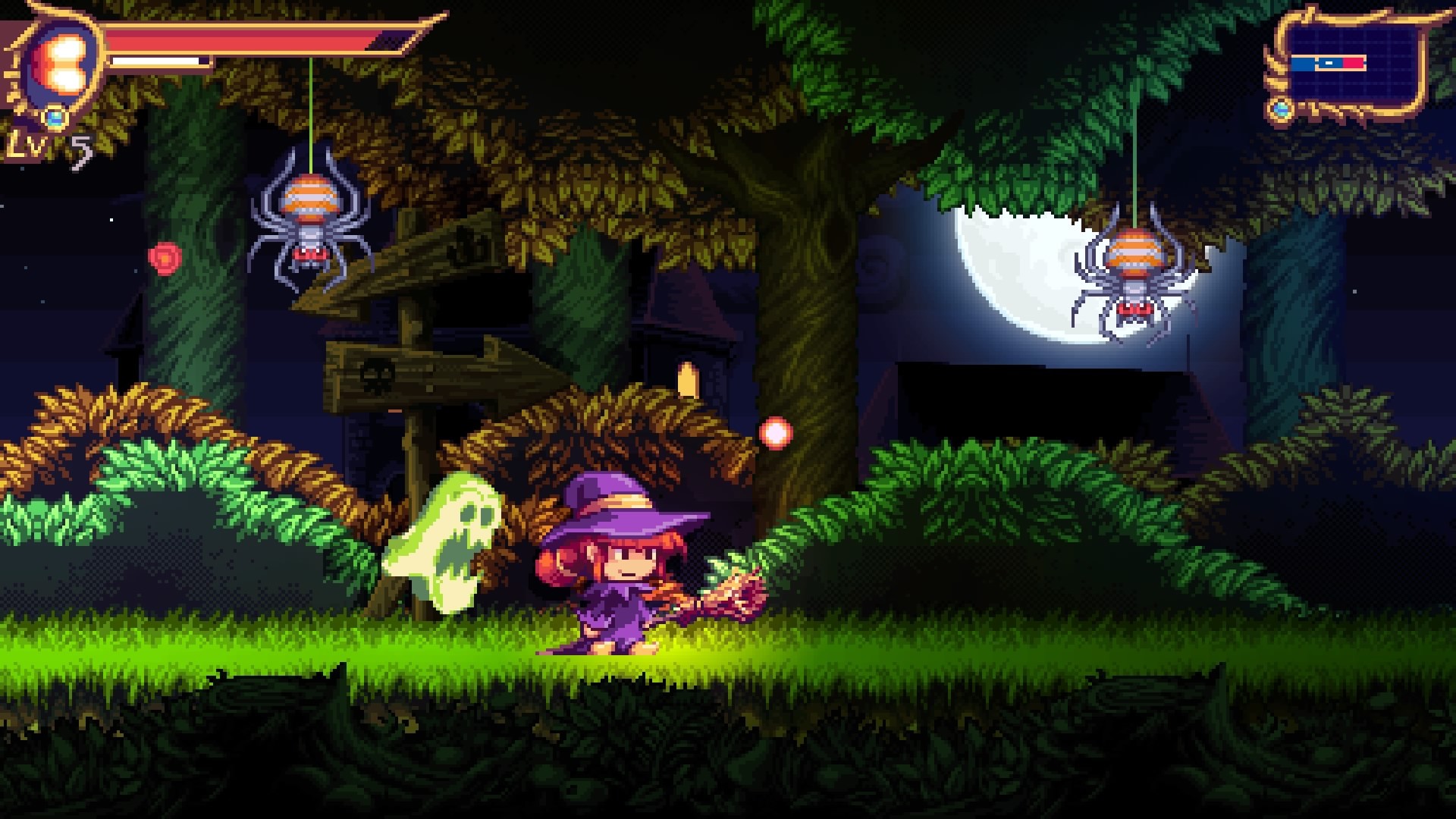 Like in most of these sorts of games, Mystik Belle has you leveling up throughout the adventure as you learn new abilities and earn items necessary to complete your task. While traversing through Hagmore and its surrounding areas, you'll come across many creatures and spirits big and small, many of whom can be defeated via a necessary combination of strategy and smashing your attack button with all your might. As you progress through the level and discover new items and objects, you'll soon figure out what's really going on behind the scenes, and discover the true story behind the Walpurgisnacht Brew.

It's thanks to its challenging mentality and adorable visuals that keep Mystik Belle a joy to play through. Imagine taking a game like Shantae or Castlevania, and then encapsulating it within the world of Harry Potter and Little Witch Academia, and the end result will more than likely be Last Dimension's concoction. Throughout its five-hour playtime the game blossoms with charm at around every corner, be it via Belle's mannerisms or even the mentality of many of the spooks you'll come across. Needless to say, Mystik Belle knows how to tickle your funny bone whilst keeping your heart warm and comfortable. 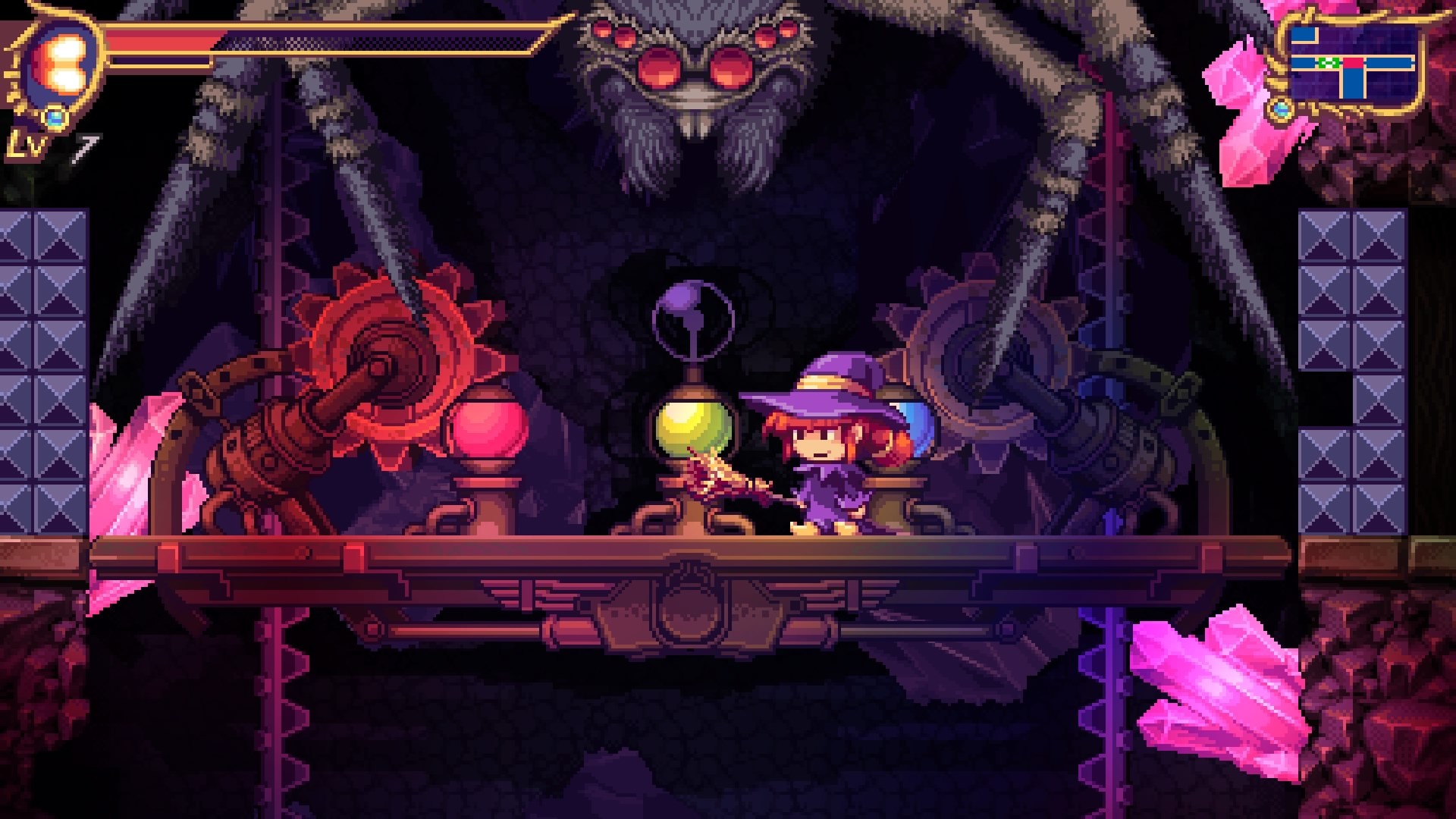 While the game doesn't reach hardcore difficulty levels, one can still find many challenges throughout this retro-looking adventure. The best place you'll see this occur will be through its boss battles, be it with a Wolfman, Frankenstein, or ticked-off Willow Tree. Each battle has its own strategy to fight them off, making each boss encounter unique in its own way. There's also the search for the various items needed to solve puzzles, which can sometimes be frustrating as a few of them will require a lot of guess work to figure out properly.

Graphically Mystik Belle looks like something you'd find on a Super NES back in the day. Filled with nostalgic colors and a 16-bit attitude, its visuals mesh perfectly with the gameplay style it emulates from start to finish. Playing with the DualShock 4 controller, the game often gives off that old-school layout as you fight off enemies, make giant leaps, and tackle its various puzzles. Its soundtrack also stays true, but I did notice a few times when it would disappear for a little bit until I quickly adjusted the in-game volume. 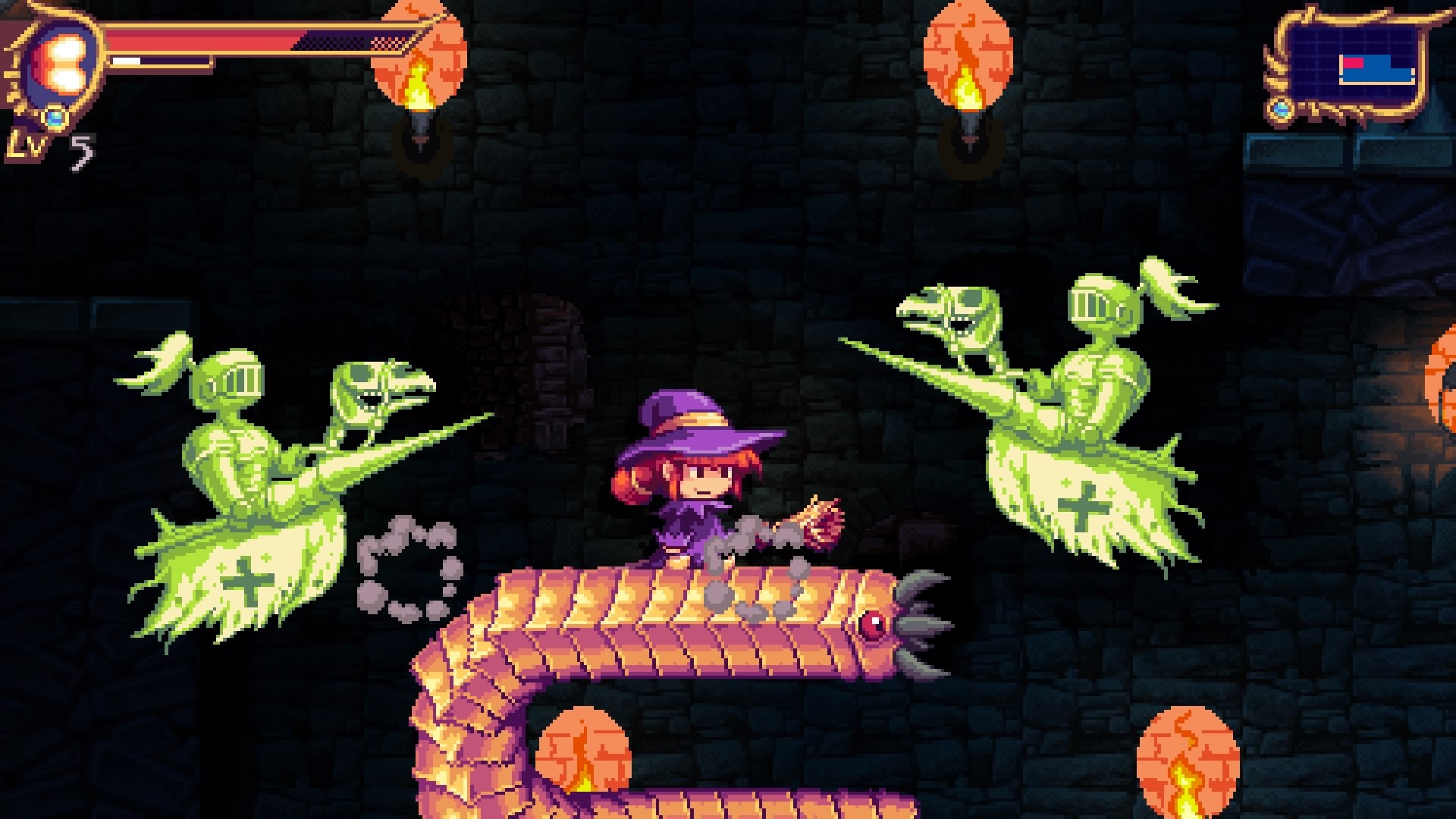 Although there are two different endings to find in the game, I wouldn't really call Mystik Belle a title with much replay value. Even though it's a very fun experience to play for players of all ages, one will find themselves more than likely playing it once and never touching it again. With that being said there's a lot of potential for the story of Mystik Belle to continue onward, so here's hoping gamers will be reacquainted with the world Last Dimension has crafted.

Mystik Belle is a charming and welcoming addition to the Metroidvania genre, thanks to its fun mechanics, wonderful story, and a gameplay style that's challenging without reaching frustrating levels. One can only cross their fingers that this won't be the last time players will be greeted with Belle MacFae's appearance, as this game feels like the start of a beautiful new franchise.

Promotional consideration provided by WayForward Technologies. Reviewed on the PS4.

Background Music: Colors by Beck - The king of Odelay is back, and normally that's all one has to say to grab Mr. Hansen's latest record. However no one could've predicted that the man who once claimed that MTV made him want to smoke crack would one day create what may be the greatest pop album of the decade. Whether he's rocking with funky vibes in "Dear Life," channeling the J-POP realm with "Seventh Heaven," and becoming a master MC in "Wow," Colors shows that Beck is just as magical as any Hagmore alumni. In a world that needs a feel good vibe, this album does the job tenfold.