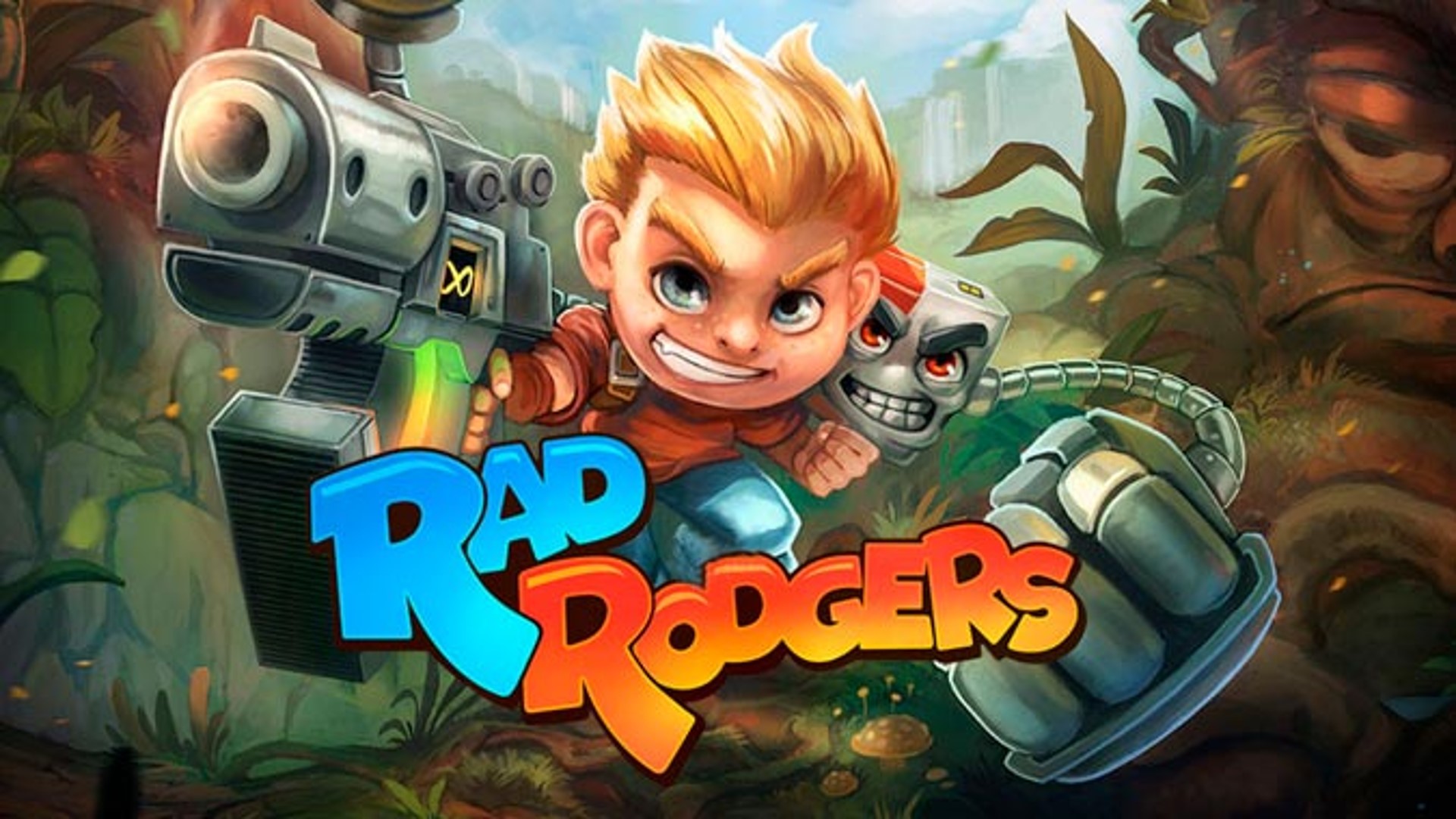 Rad Rodgers has me scared. A nod to classic side-scrolling shooters that took hold of PCs everywhere, Slipgate Studios' creation lead me to ponder about the quality of the video games I played as a kid. Were the likes of Secret Agent, Jazz Jackrabbit, and Monster Bash ever good to begin with? Or are these fond memories I have playing them being filtered through VGA-rendered lenses? For a game to make me worry about the value of these classic titles, Rad Rodgers really slipped up.

A sort of weird Commander Keen/Duke Nukem blend, Rad Rodgers has you play the role of the titular character after being sucked into a retro game console. The console, which the kid has dubbed Dusty, is now able to talk as he aids the new hero throughout various levels. With his trusty Bolt Blaster, Rad must run, jump, climb, shoot, and blast his way through this new world he's found himself in. However, danger is around every corner, and if Rad isn't careful enough, he'll find himself wishing for a Game Genie to grant him immortality. 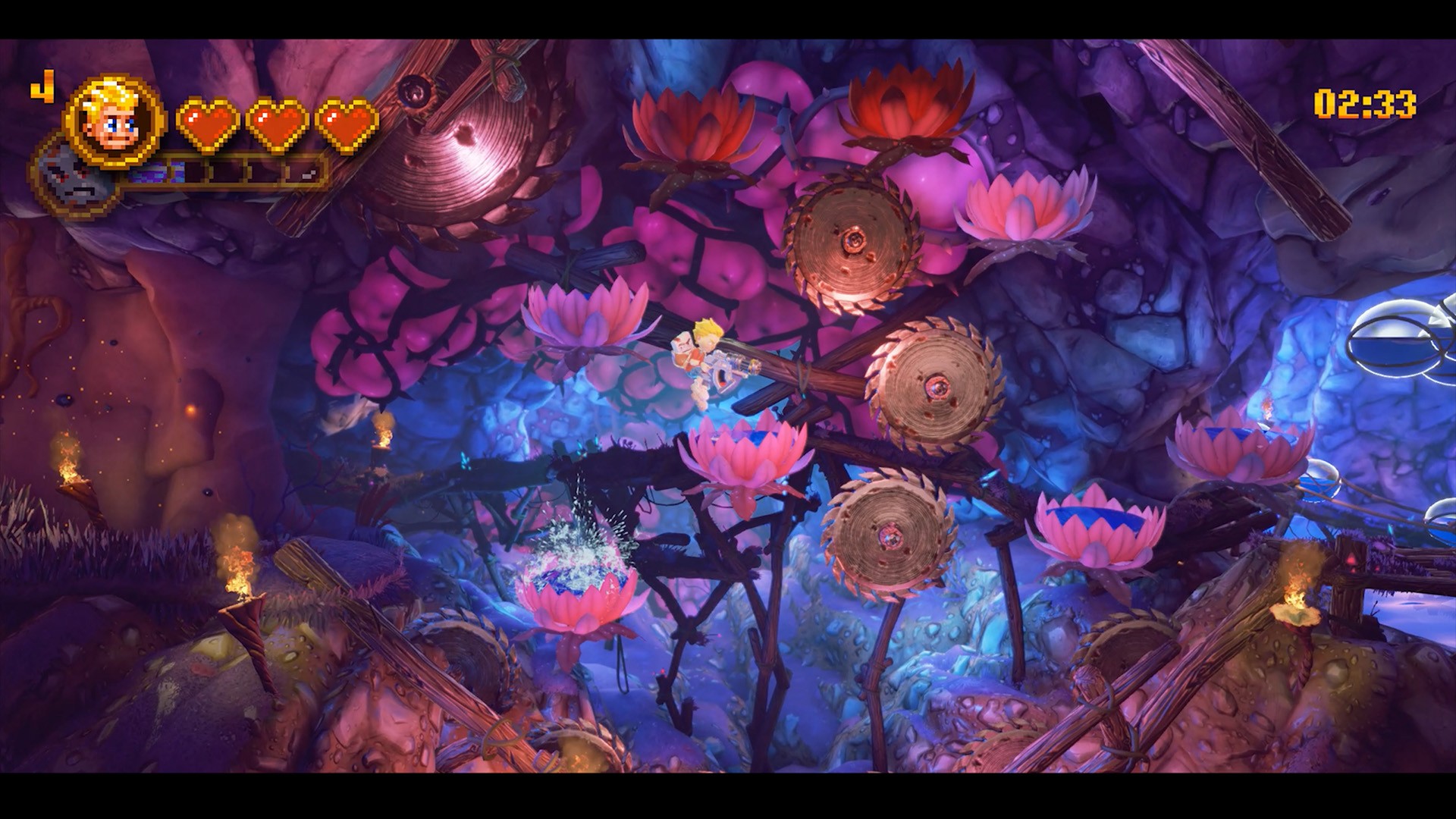 While traversing through the levels, Rad will come across some strange glitches that will keep him from moving forward. To override these, Dusty dives into the Pixelverse and battles his way through literal firewalls and bugs to repair the broken elements of the level. In order to reach the end of most levels, Rad must seek out pieces of a key that will unlock the exit and move onto the next part of the game. As enemies of different shapes, sizes, and difficulty do what they can to stop you from reaching your goal, the solution to rid this problem lies in Rad and Dusty laying waste to everything in their sight.

I'd be lying if I said I initially went into Rad Rodgers with a pessimistic attitude. Quite the contrary, the very first level of the game had me smiling, as I shot up enemies and battled my way through the Jungle. It had its classic charm presented right in front of me, as it started to make me think of all the old games I'd play for hours on end on my IBM PS/1 computer. The gameplay also kept to the tradition of these titles, with it being as easy to play on my Xbox One controller in the same way Cosmo's Cosmic Adventure was simple to play with the numbered pad and keyboard. For that brief moment, Rad Rodgers had my full attention. 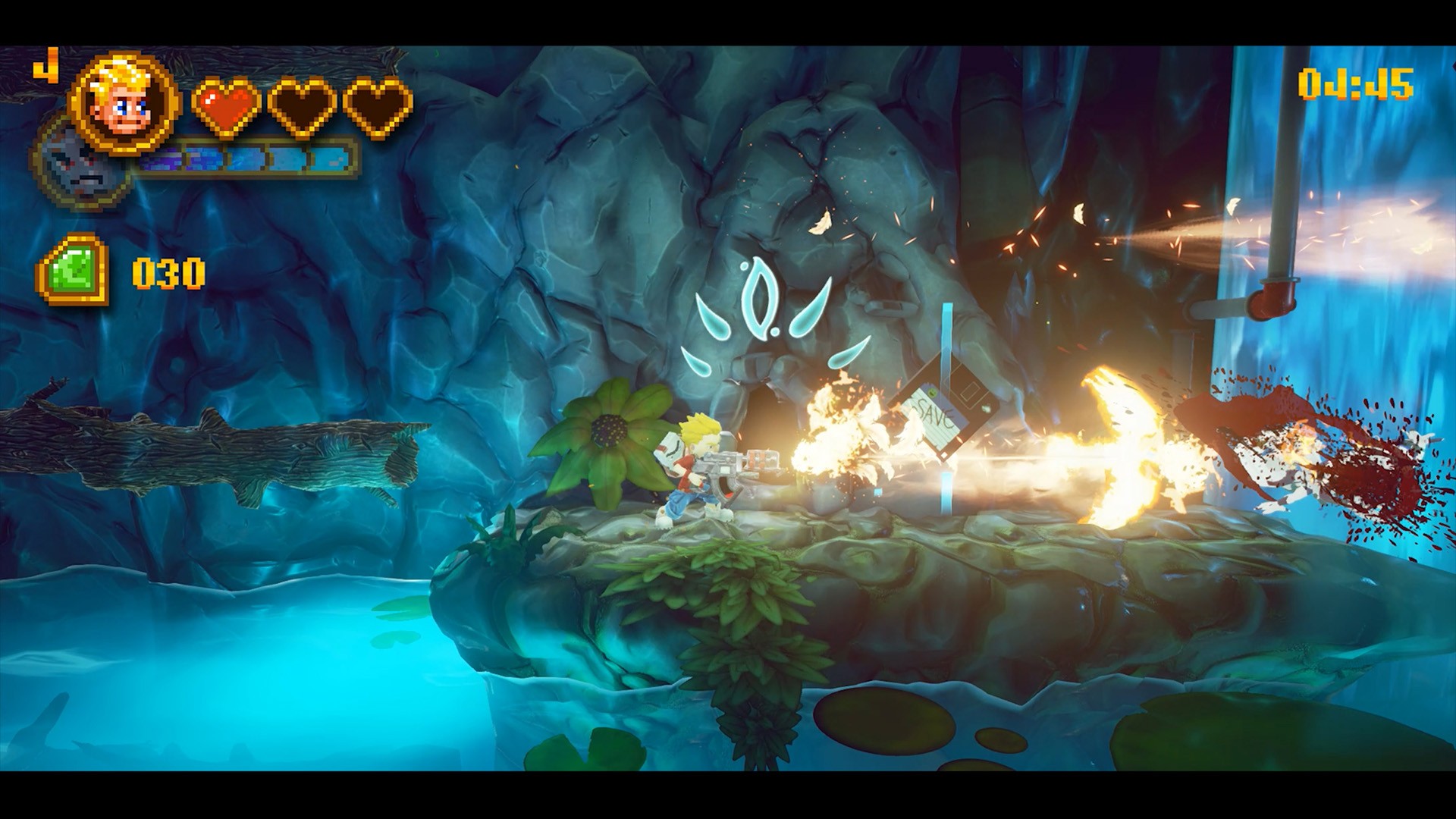 But then, just as quickly, the flaws of Slipgate Studios' creation started to smack me right across the head. Poor jumping mechanics made leaping from one platform to another insanely tricky, as it counted on hair-triggered precision to get there. Enemy AI acted less challenging, even when bigger foes started to peer their heads into the game. The in-game dialogue slowly became less clever, resulting in the humor becoming C-graded Big Bang Theory-leveled references without a real punchline.

Perhaps the worst of all in the downfall of Rad Rodgers was, despite it being inspired by classic games, the end result just feels, well, uninspired. I get that the developers were trying to recreate the sort of video game adventure we used to have in the 90s, and they succeeded in both body and mind with that. Alas, they forgot one important thing: the heart of 90s gaming. When I look at the library of games that Apogee/3D Realms released before the dawn of 3D gaming, I get tingles and goosebumps just thinking about their amazing worlds and fun gameplay. They had this wow factor, bringing forth ideas and concepts we had never seen accomplished in a video game before. 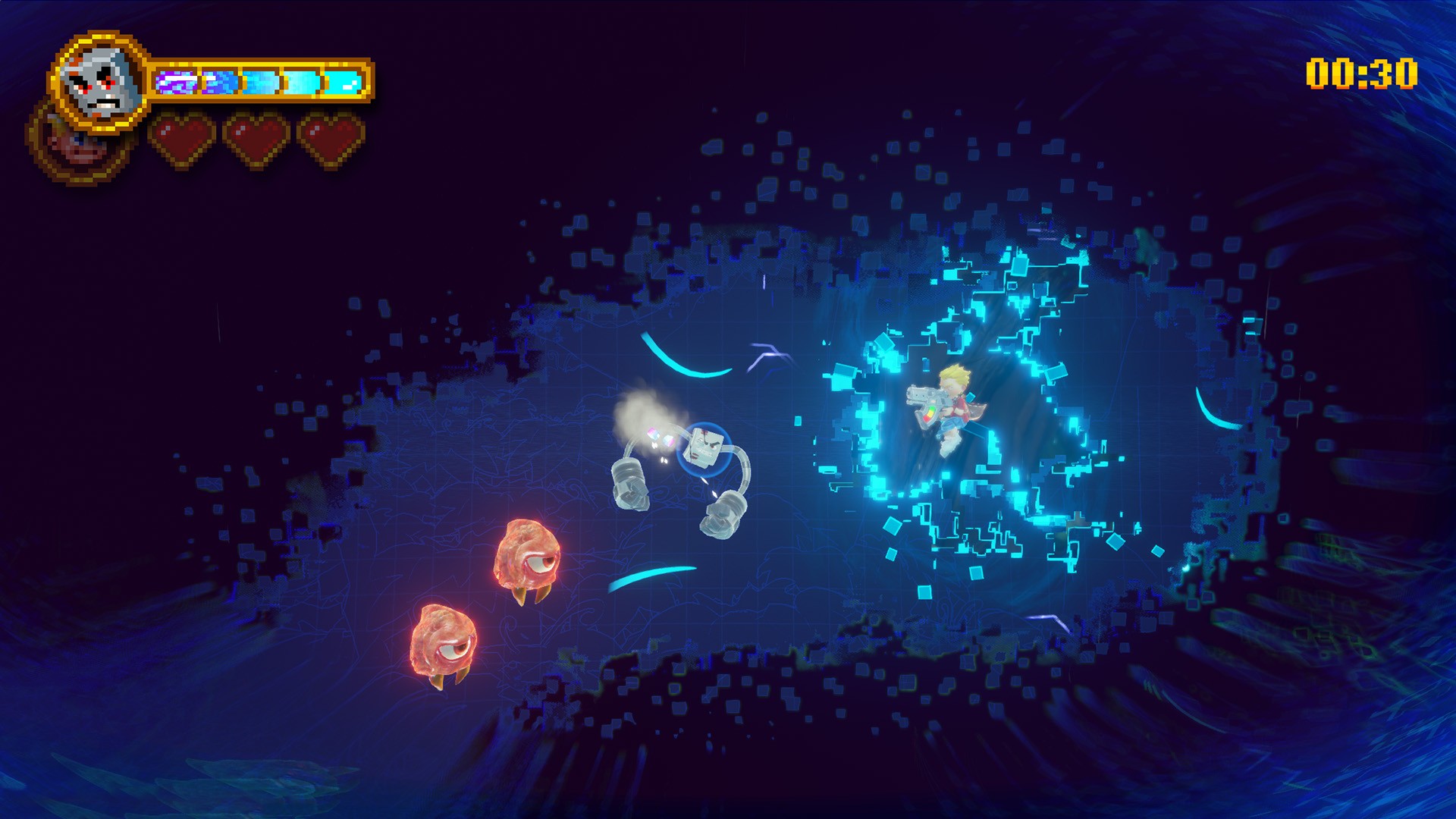 Unfortunately, I didn't feel that sort of magic as Rad Rodgers winded down from its adventure. There was this wide-eyed kid and his talking console, who should be having the time of their lives. But even when excitement left the mouths of these characters, I couldn't once figure out why they were brimming with joy during these so-so levels and melancholy shootouts. Maybe it's just me, but a game built on nostalgia should contain the soul of said throwback to make it fully work. (See my reviews of Crossing Souls and Blossom Tales: The Sleeping King for better, recent examples.) Throughout my time with this game, I couldn't find a trace of that soul in its core.

After spending roughly five hours playing through it, Rad Rodgers weighted me down enough. While there is a lot of replay value thanks to finding collectibles and besting the world on the online leaderboards, I can't honestly think of one good reason to jump back into this world. Not even the iconic voice of Jon St. John as Dusty or Andrew Hulshult's wonderful nod to gaming soundtracks is enough to convince myself of it being worth another go. (If you want a similar experience but done better, Adult Swim Games' Rise & Shine has your number.)

As much as I wanted to love Rad Rodgers, its overall presentation left little to be desired. What started off on the right foot quickly became a tumble downward through a thorny patch of poor gameplay, unimaginative storytelling, and cheap enemies meshed with even cheaper ploys. This is one retro adventure that has me wanting to move on from nostalgia-based games and into something more fresh and original.

Promotional consideration provided by Bryden Keks of Evolve PR. Reviewed on the Xbox One.

GAME REVIEW | Blasters of the Univ...