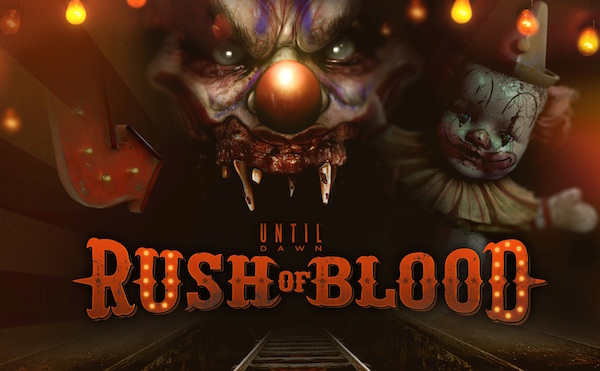 Having only played one other VR demo in my life, I got the chance to try out the PlayStation VR headset for the first time at the afterparty for the Sony event. As a huge fan of last year's Until Dawn, naturally my first choice was the VR roller coaster game Until Dawn: Rush of Blood. Taking visual style and some characters from Until Dawn proper, this on-rails shooter wasn't perfect, but the thrills and chills sold me on the idea of VR in a big way.

Honestly, strapping on the headset wasn't the moment when everything clicked for me. The magic moment ended up being when they handed me the PS Move controllers and calibrated them. As the arms of the character and mine synchronized, it felt for the first time that I really was sitting inside that game. Aside from a few issues keeping those Move controllers properly synchronized, it was able to suck me in like few games have before. 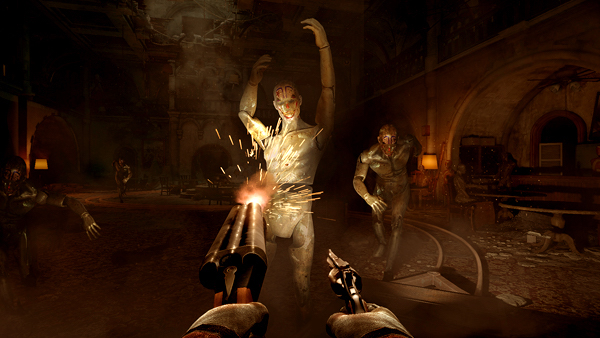 Rush of Blood sits you in a roller coaster of horrors and tasks you with shooting and leaning your way to safety. In each hand, you hold a sawed-off shotgun, which you can use to shoot collectibles and enemies. As the cart you're sitting in travels along its track, various obstacles, saw blades and swinging hooks for example, will attempt to halt your progress. You need to literally lean your body to avoid these hazards, which adds a great deal to the immersion and a lot of scariness.

Having played Until Dawn, the zombie pigs and creepy dolls were all too familiar. It has some great references to the horror game that will leave fans squealing, couldn't help myself, with joy. While I suspect the definitive VR horror adventure on PS4 is going to be Resident Evil 7, Until Dawn: Rush of Blood looks to be enough to tide me over in the few months between the two releases.