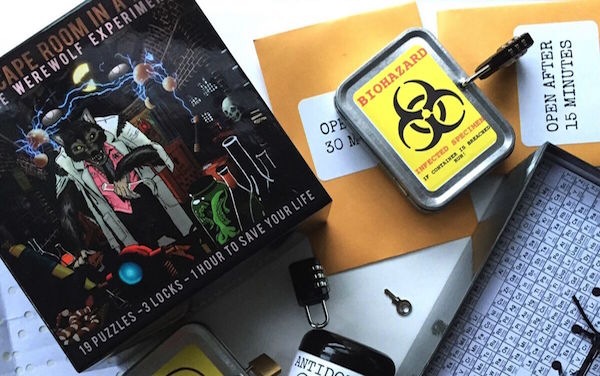 Tabletop gaming is something I only became passionate about in the last few years, but it has really sunk its fangs into me. Werewolf, or Mafia as I played it in college, has always been one of my favorite games because of the variety and stories created while playing. Escape rooms have also recently become a huge phenomenon lately and, as a huge puzzle fan, I've tried quite a few around where I live. This year, the Indiecade, which is my favorite place at E3 to spot awesome new games, hosted a few tabletop games. Escape Room in a Box: The Werewolf Experiment immediately drew my attention by combining both of these concepts and I managed to secure a seat to play it at the show.

Having tried out a number of escape rooms, I was understandably skeptical about being able to get a similar experience from components from a box. While it certainly makes the event more compact, relegated to the table where everyone is playing, it felt surprisingly similar to the full experience. There are certain things that are paramount to any escape room scenario: teamwork, puzzles and surprises. The folks over at Escape Room in a Box have done a great job making sure that each of these is present in The Werewolf Experiment. 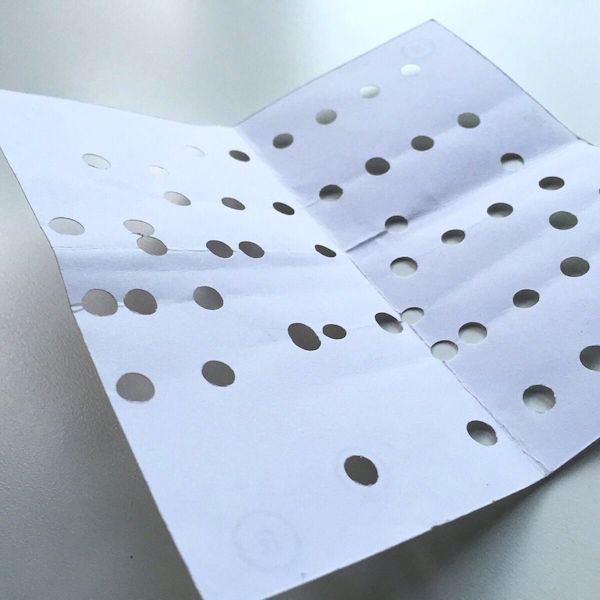 Opening the box and beginning the game, the most important thing you need to do is very carefully reading the rules. We managed to accidentally violate one during our play-through, though we did redeem ourselves by the end, so make sure you know what's allowed. Immediately, there are a lot of components and it's hard to keep track, so make sure to communicate loudly and often with the rest of your team. As with any escape room, there are going to be puzzles that will stump you and the best thing to do there is to leave it and return later. You can also pass it off, if you know one of your teammates might be better suited to solve it.

Wanting you to experience this game for yourself, I hesitate to go into too much more specific details, suffice to say that if you love escape rooms, this was tailor-made for you. There isn't a strong link to the Werewolf game in particular, though as you might expect from the title, werewolves are a big part of the story. Even if you haven't tried out an escape room as of yet, or if there simply isn't one near you, this might be an easy way to give it a shot. Once you've played the game, you can also purchase a refill pack, which was included with the Kickstarter version, and help guide a new group through as a game master.

Trending: What I felt, after I visited Lincoln Park Zoo in Chicago. 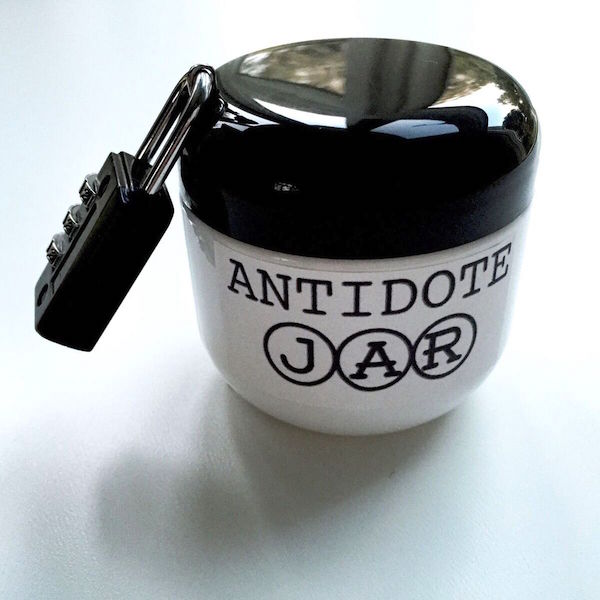 Any fan of puzzles, escape rooms or even werewolves should definitely give this game a shot. It's a perfect alternative to the at home murder mystery games, for a group that has a penchant for puzzle-solving. You can preorder Escape Room in a Box: The Werewolf Experiment today at www.escaperoominabox.com and because they are so awesome, you can get $10 off your preorder by following this link. Check it out and happy puzzle solving when it releases in February of 2017.

GAME REVIEW | A Rousing Toast For...