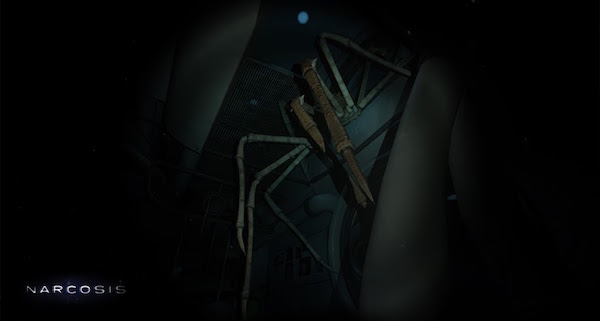 VR has finally arrived and it was a major part of the show floor this year at E3 2016. While there are many amazing things that are currently being developed for VR, one of the most exciting for me personally is horror. Amping up the atmosphere by throwing you completely into that world, there's nothing scarier than a spooky VR game. Narcosis puts you in the shoes of a person that has been stranded deep underwater and must find their way back to the surface. Sneaky diver suits and giant spiders are only the beginning of the madness found in this deep sea horror game.

Wearing a diving helmet is kind of a perfect setup for how it feels to be inside a VR headset. When you look to each side during Narcosis, all you can see is the opaque wall of your helmet. This tunnel vision actually helps add a decent amount of tension since you physically need to turn around in order to scan the room. There were a decent amount of scares that involved this technique, including several spins around a particular corridor. 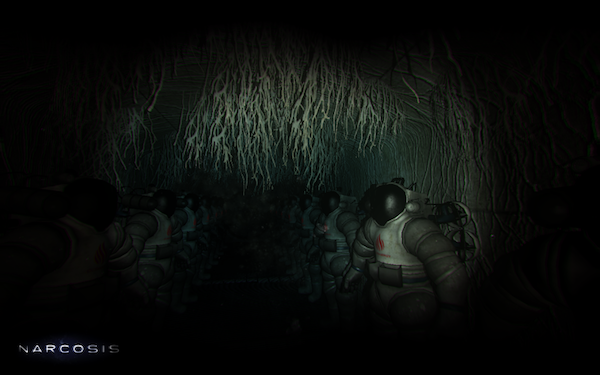 I'll never forget the first time a game pulled the trick where it put something behind me that wasn't there before. It is, to this day, a very effective and unsettling trick to make any player feel more uneasy about a game setting. In Narcosis, this trick is used a number of times to decent effect. In one corridor, you walk through a doorway into a small circular room that has a single diving suit in it. After looking over the suit, you decide there's nothing special and turn around. Now, instead of the door you just walked through, a second diving suit has appeared behind you. As you turn back around, every spot on the edge of the room is now filled with that same suit.

Your main goal in Narcosis is simply to survive and escape. The one factor that is constantly threatening this is your oxygen gauge. Appearing on your suit, you have to look down on a heads-up display to check your current levels. If you encounter something scary, which can happen somewhat frequently, your oxygen intake increases, thus putting you at higher risk of perishing in this watery grave. This added urgency does a great job of putting on some extra pressure and adds a lot to the experience. Of course, there are tanks you can find to replenish your oxygen, but they are far enough between each other that you do need to be careful. 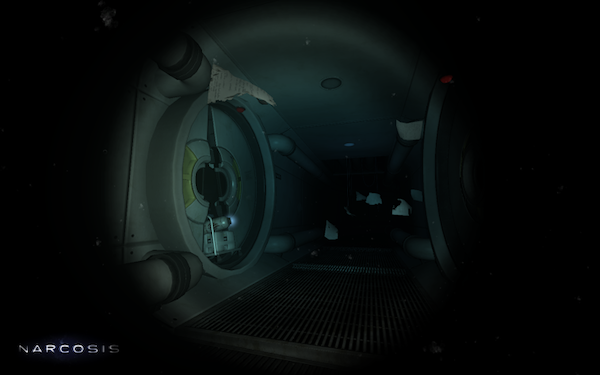 Exploring the deep sea vistas of Narcosis, occasionally there will be some narration playing over the action. This narrator is clearly you telling this tale at a later time. Much like other survival tales, you know that this protagonist will make it out, but the journey of how they got there is always what makes stories like this so interesting. The game also includes puzzles that involve traveling through particular doorways in a set order. While not particularly difficult, they do a decent job of breaking up the action.

Having tried quite a few VR experiences during my time at E3 2016, Narcosis was certainly one of the better atmospheric experiences. It wasn't the scariest VR horror game I've played, but this might be just what people need to ease them into this genre. Narcosis, developed by Honor Code, will be available for PC, Mac and Oculus Rift this Summer followed by other platforms at a later date. 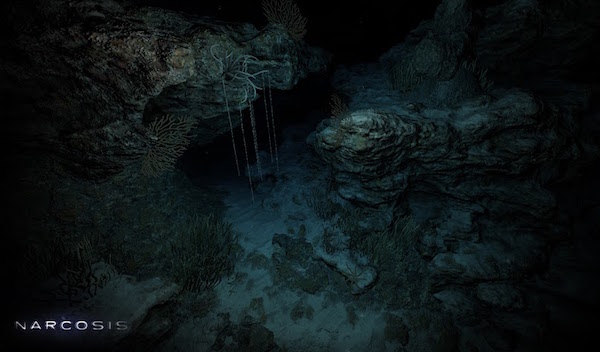